We had the opportunity to enjoy a free stay (normally around € 90 per night) in the recently opened (april 2016) IBIS Styles hotel at Paris Charles de Gaulle Airport.

The ‘Styles’ concept of IBIS is the more trendy and a bit more luxurious than the ‘standard’ IBIS hotels. Parentcompany Accor Hotels has been investing in new brands for their hotelchain. The last years, they introduced the ‘IBIS Styles’ and ‘Pullman Hotels’. Where the ‘IBIS Styles’ is just an upgrade of the already existing IBIS concept, is the Pullman clearly more luxurious. From our point of view, the ‘Styles’ hotels compete with CitizenM hotels.

Location of the IBIS Styles hotel at CDG airport

The IBIS Styles at Paris CDG Airport is located on the airport terrain but not directly next to the terminal like the Sheraton is at Terminal 2E + 2F. This IBIS Styles hotel is situated between Terminals 1 and 2 in the so called ‘Roissypole’ area.

The hotel is situated next to the CDGVAL-station and RER-trainstation. The CDGVAL is an automated shuttle train which runs between Terminal 1 > Car Park 1 > Roissypole > Car Park 2 > Terminal 2. The CDGVAL runs every 4 minutes and the journey from start till end takes 12 minutes. The RER-trainstation offers direct commutertrains which brings you within 35 minutes and for just 5 euro to the Eiffel Tower. 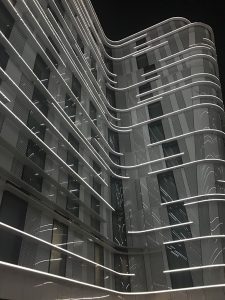 The Ibis Styles at Paris CDG Airport during the night #nofilter

The hotel
From the outside, the IBIS Styles has the same ‘look and feel’ as the adjacent Pullman hotel. There is a cozy but basic lobby with free coffee/thee and French croissants. A little bit further on the ground floor you’ll find the bar, with a snackcorner to buy some chips, sandwiches, salads or bottled water.

At the other side of the bar you’ll find a restaurant with about 70 seats to have a basic diner. Nothing fancy, but again; good value for money. The bar offers a variety of French wines and 8 different beers, including beers from Japan(!).

Breakfast is also being served in the restaurant area. And a very nice service; breakfast is already available from 04:30 hrs for those who need to catch an early flight.

The room
Our room was pretty spacious, with a good shower, office desk a good bed and a wide selection of both French as English TV channels. Not all rooms have a nice view, a lot of them overview the adjacent ‘normal’ IBIS hotel and the Pullman Hotel. However, every floor from level 3 and higher has about five rooms per floor with a view on the tarmac and the Northern Runway. We found our room at the sixth floor with indeed a nice view on the runway. 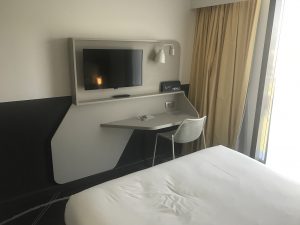 A standard room in the IBIS Styles at CDG Airport

The staff
Yes, we have all heard it before, the French can be arrogant, even when it comes to the hospitality business. But I am really honest (and not because we received a free stay), the staff was really friendly, helpfull and good in English. Unfortunately I had to give up my runway view room since the air conditioning was not working properly and it was extremely hot in the room, so eventually I was offered a room with a window which could be opened. The staff sincerely apologized and was helpfull. In the restaurant however, we found that the service was pretty slow, although it was not extremely busy for a Saturday night. That’s something this IBIS Styles hotel needs to work on, but in general it was a really good stay.

Recommend this hotel?
Sure! When you have a lay-over at CDG airport or when you spend two days in Paris for business meetings and you need to have an early flight to catch, it’s great value for money!

We found out that more than half of the people in this hotel during our stay where French. Most of them live a few hours away (by car) from CDG Airport and to catch their early morning flight, they stayed in this IBIS Styles hotel at CDG Airport.

And let’s be honest; this hotel is ideally situated for airplane spotters with views on Terminal 1 and 3 ánd the Northern Runway of CDG Airport.

Prices start at about € 90 per night, click here to book! Are you willing to pay more and have a more luxurious stay, consider the adjacent Pullman for about € 130 per night. 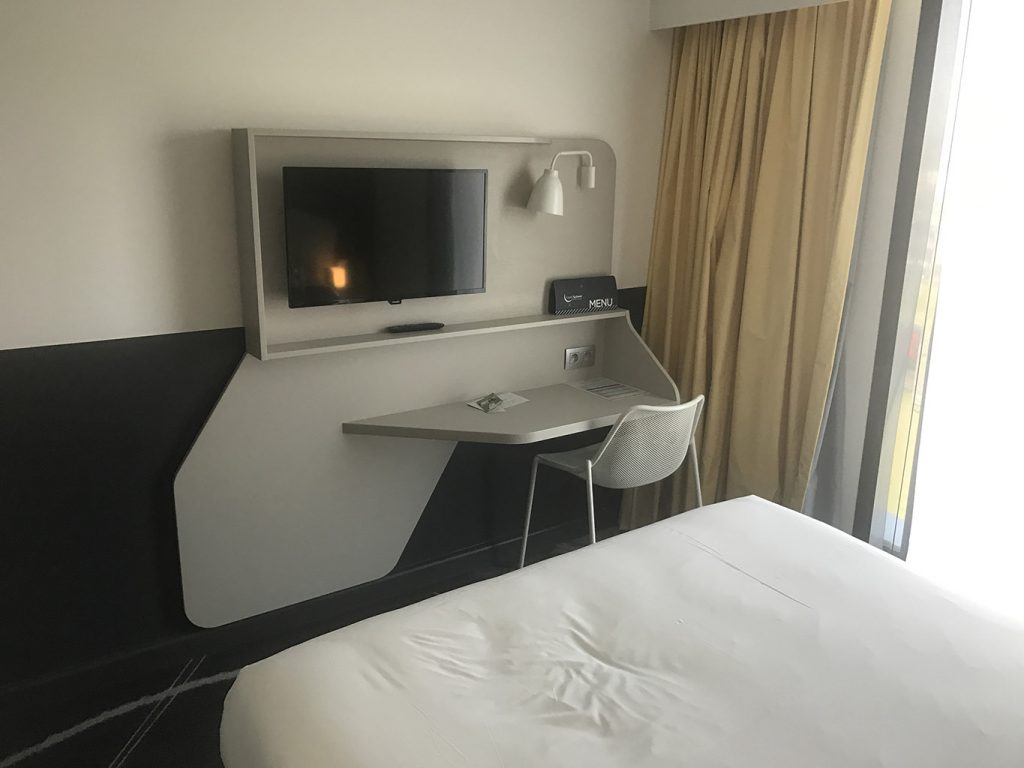 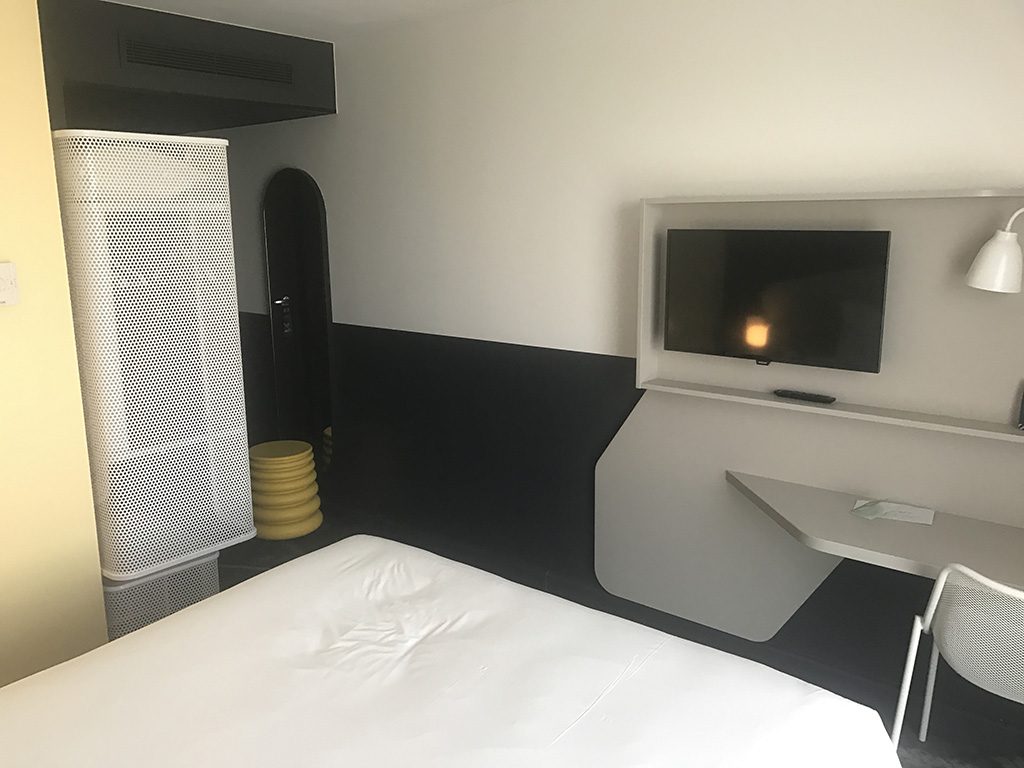 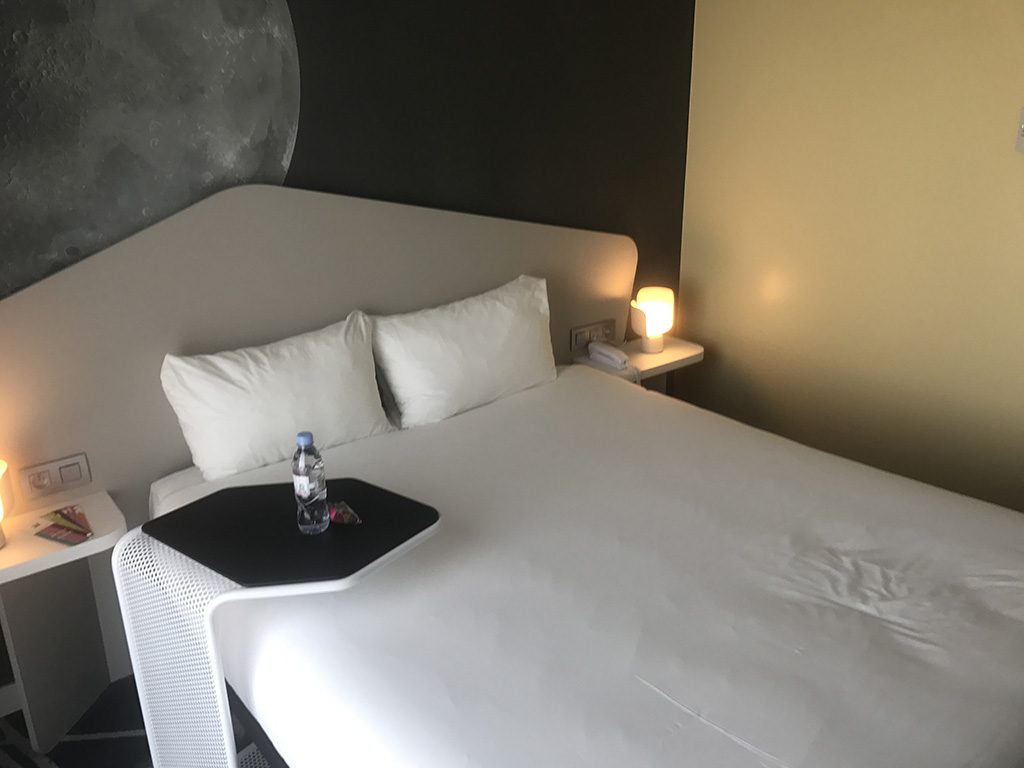 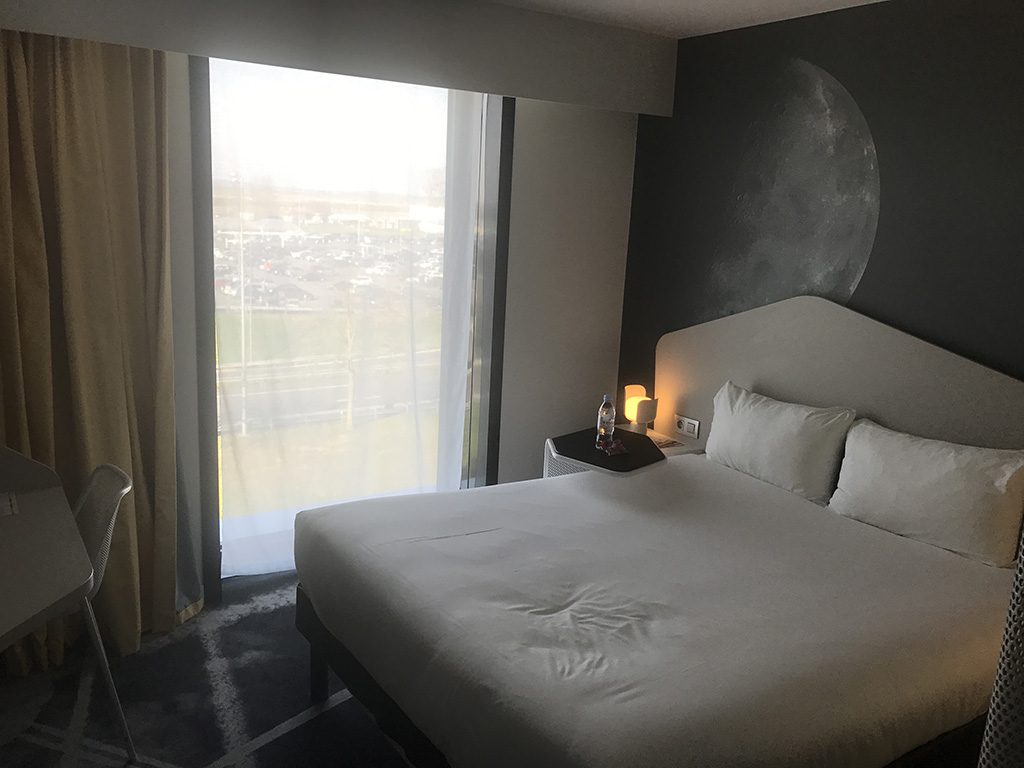 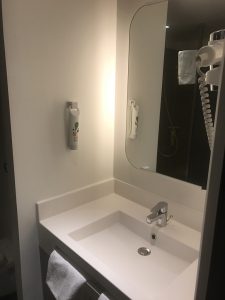 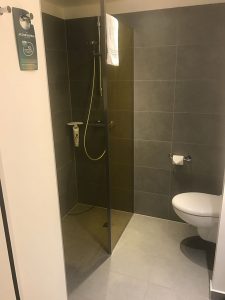 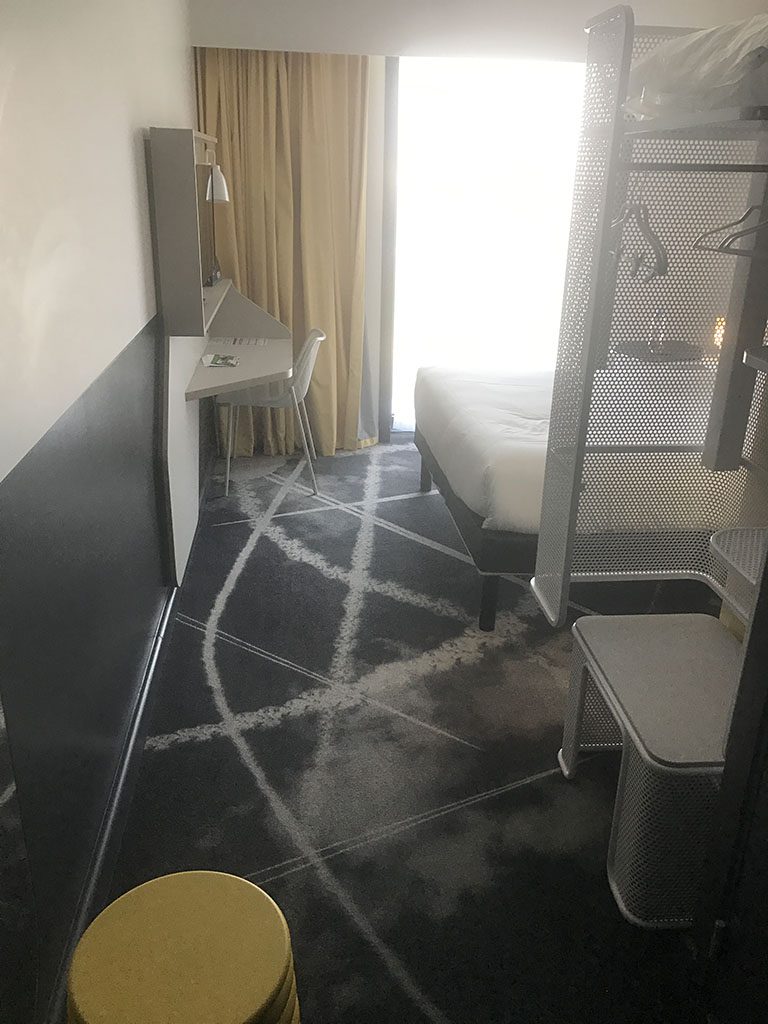 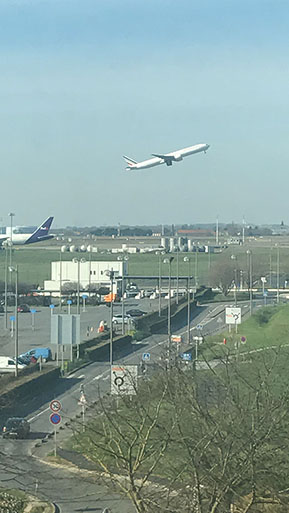 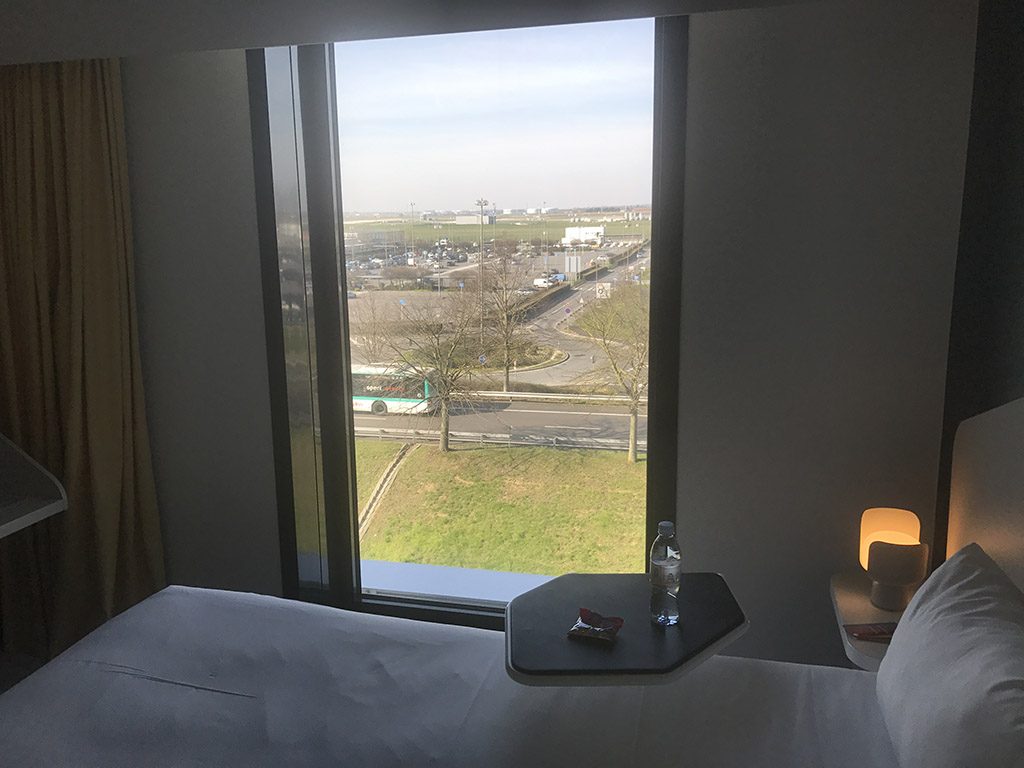 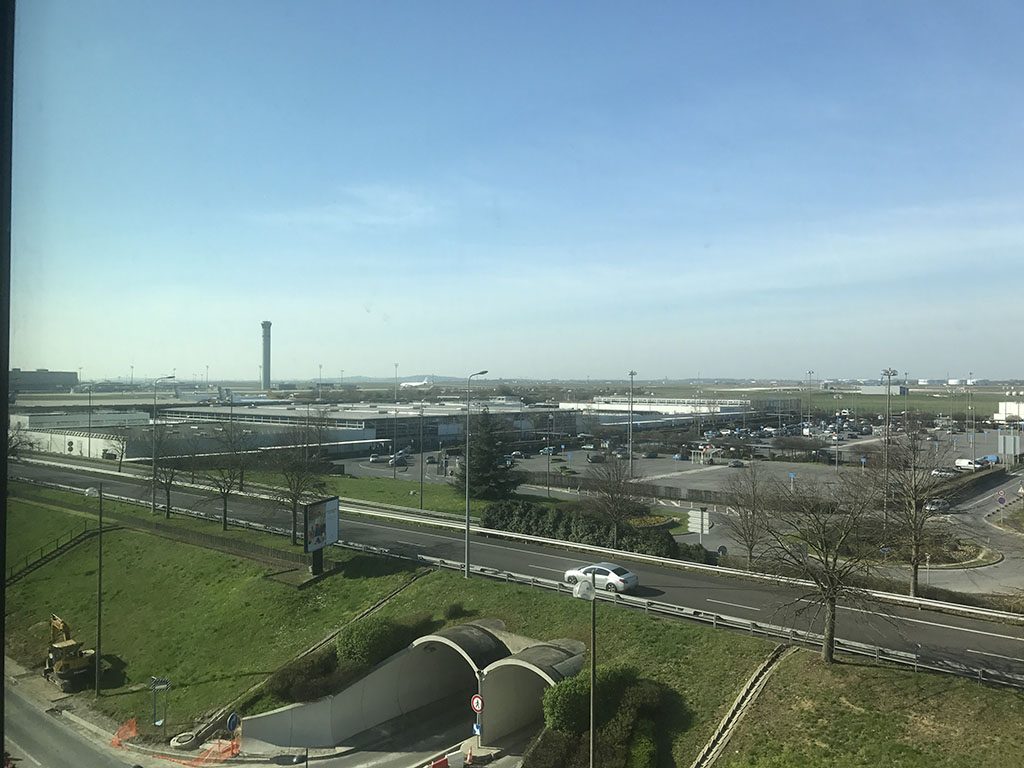 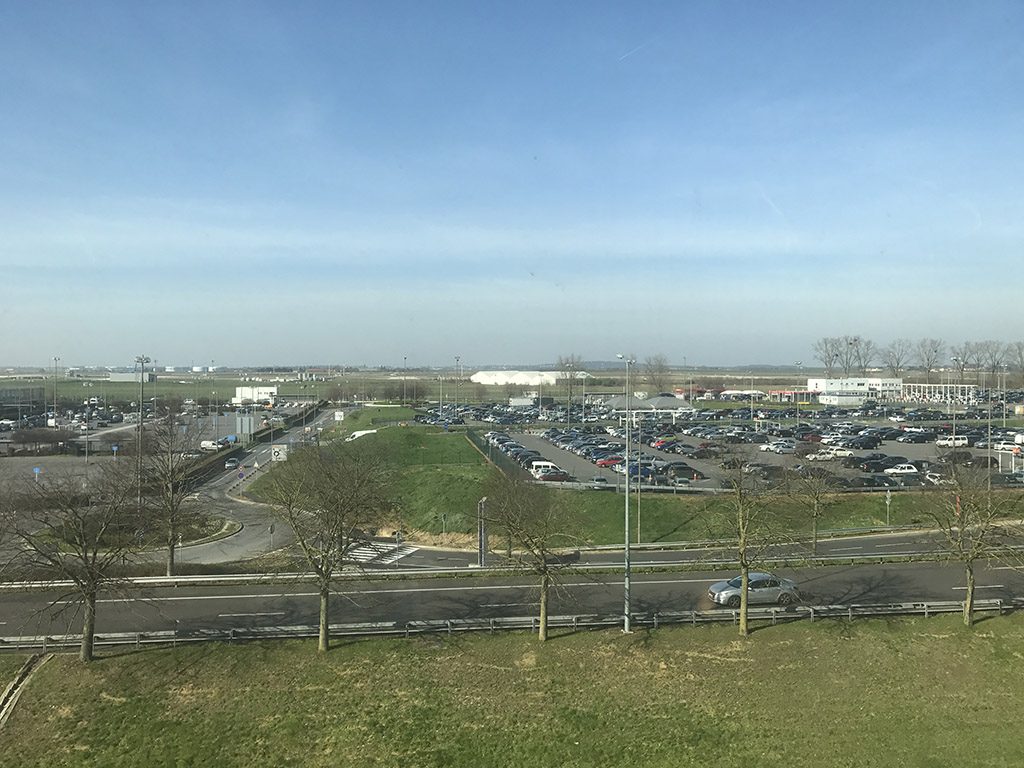 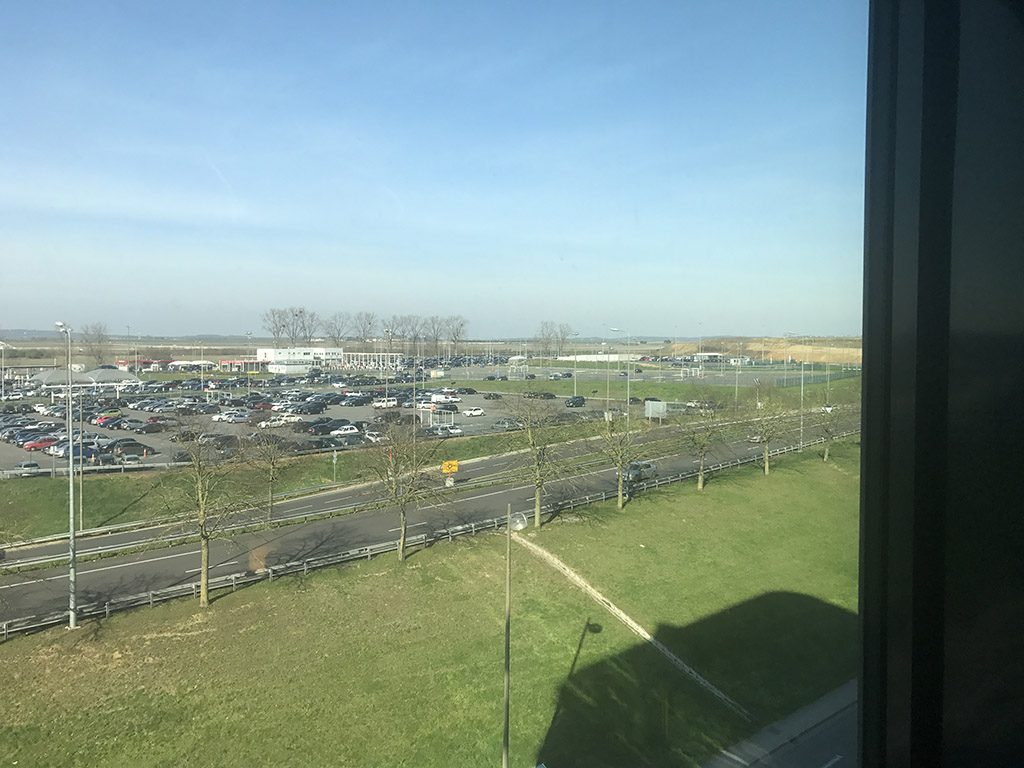 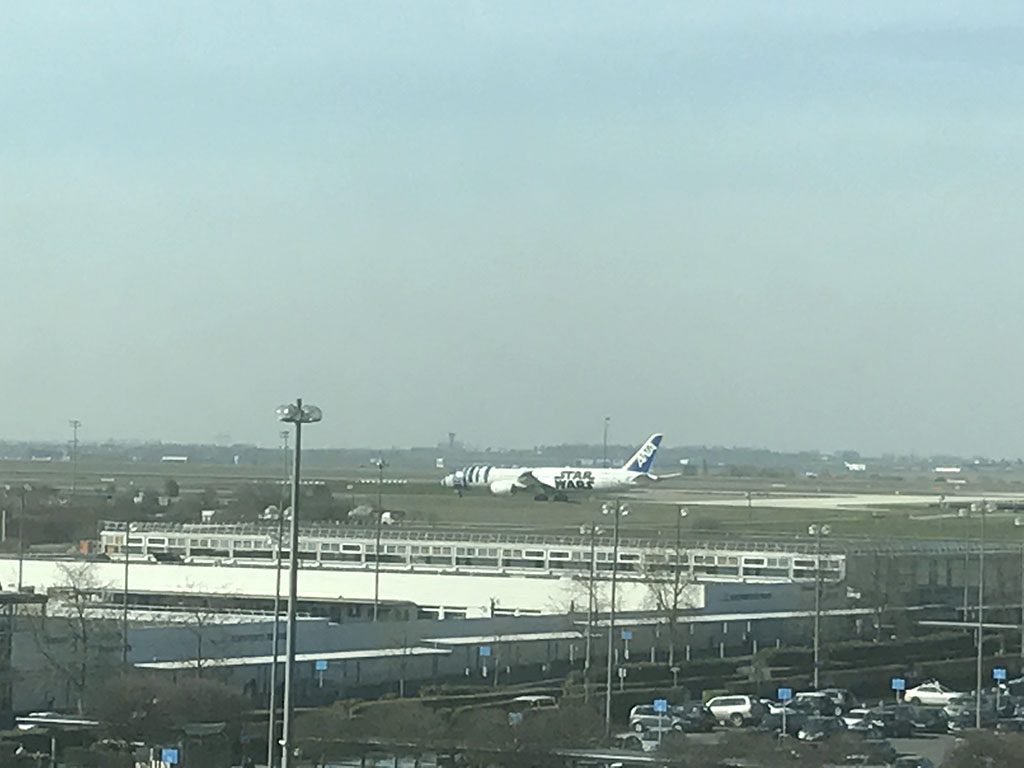 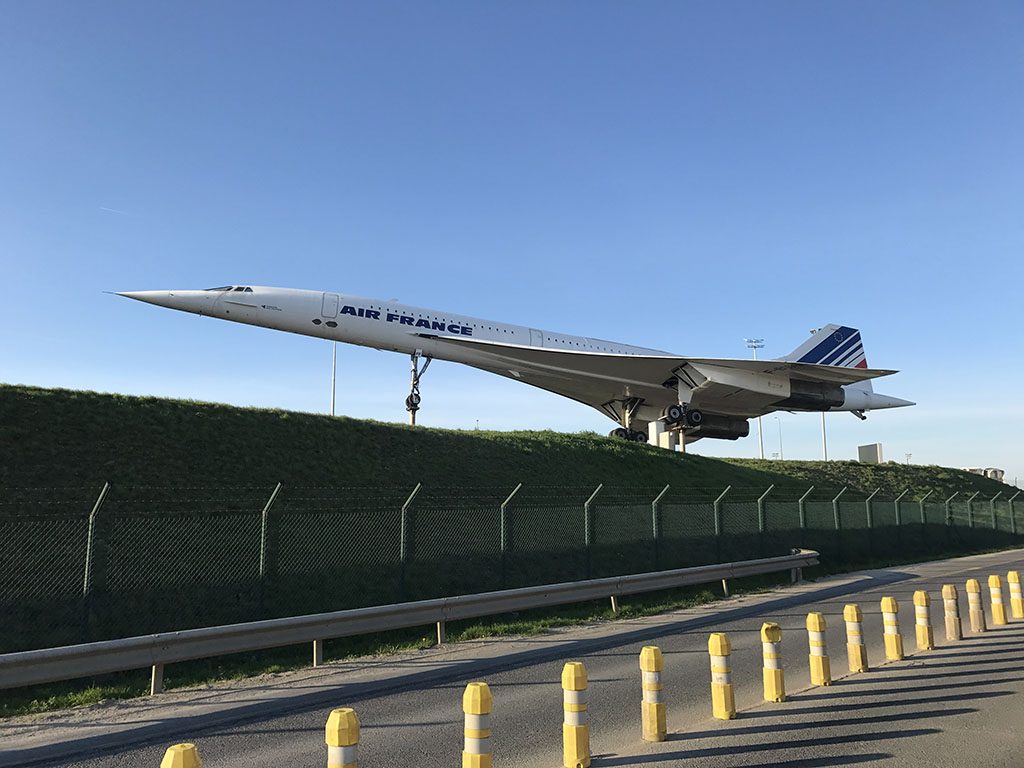 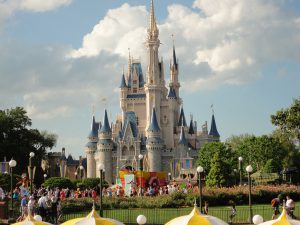 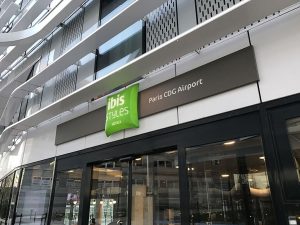 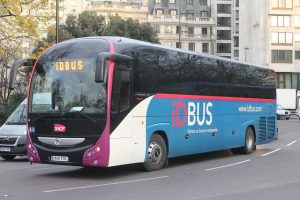